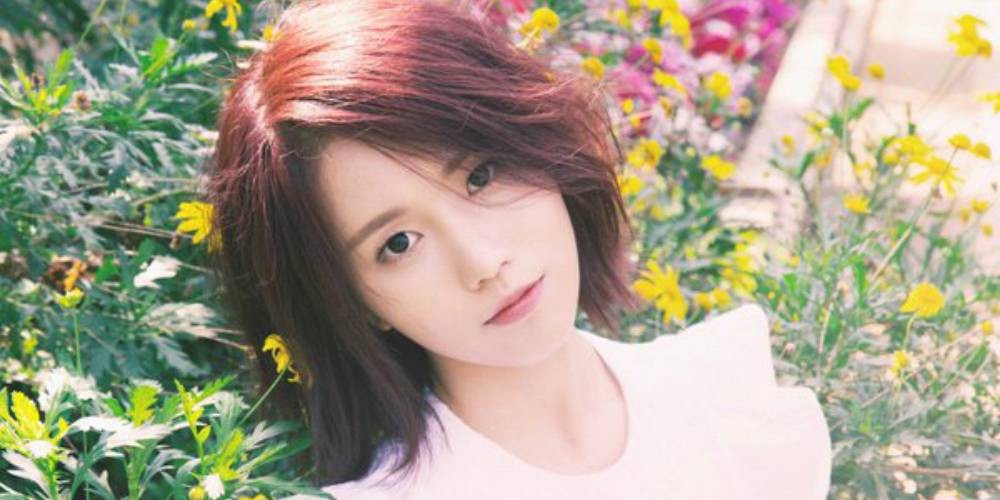 Credit: PARK JIMIN On August 27, Lovelyz performed at the Korea Brand and Entertainment Expo in Shanghai along with Infinite. On the same day, Woollim Entertainment announced that Jisoo would be rejoining the group, and the mini-album titled Lovelyz8 through the official Twitter page. Lovelyz pre-release single called Shooting Star was released on September 14. Following their second extended plays, Lovelyz8 released on October 1, 2015. It contains seven tracks including pre-release single Shooting Star and title track Ah-Choo. The title track's music video was released on the same day, with cameo appearance by Infinite's Hoya. On October 31, Lovelyz was a guest on You Hee-yeol's Sketchbook where they performed an a cappella cover of Michael Jackson's song "Beat It". The performance was broadcast on the American Fox News Channel and written about by other foreign media. Ah-Choo had maintained its position on most major Korean music charts throughout 2015 and early-2016, making it Lovelyz's biggest hit. Lovelyz held their first fan-meeting and mini-concert, Lovely Day on December 5 at Ax Korea. The tickets were sold out in the first five minutes after they went on sale. On December 7, Lovelyz released the three track single album Lovelinus, after the name of their official fan club. They also released music video for their title track, For You, on the same day.

Credit: GRAMMY.com 2016–2017: A New Trilogy, First Concert, R U Ready? and Fall in Lovelyz Lovelyz at Joongbu University Festival in May 2016 Lovelyz's first reality show Lovelyz in Wonderland began airing February 2 on SBS MTV. Their song Ah-Choo continues to remain in digital Korean music charts long after its release, on September 14, 2015. Lovelyz released their second mini album, A New Trilogy on April 25, 2016. The album contains seven tracks with the lead single titled "Destiny". The title track debuted at number seven on the Gaon Digital Chart, making it their highest charting song so far. "Destiny" also received attention from American producer Brent Fischer who praised the lead single for its "world-class grooves and current arrangements". In November 2016, Lovelyz announced to be holding their first solo concert since debut titled Lovelyz in Winterland at the Blue Square Samsung Card Hall from January 13–15, 2017. At the concert it was revealed that Lovelyz would make a comeback in February. Woollim Entertainment announced that Lovelyz was set to release their second studio album R U Ready? on February 27. Woollim Entertainment announced that Yein had injured her ankle during practice for comeback and may be unable to promote. On March 2, Woollim Entertainment confirmed that Yein won't be participating in this comeback due to her ankle being injured. It was confirmed that Yein will join promotions on March 23 for M Countdown after recovering from injury. Following the release of their second studio album, they made a speedy comeback with their second repackaged album titled "Now, We" on May 2. The album topped the Gaon Album Chart upon its release. They also won their first music broadcast trophy since debut on May 16, through SBS MTV's The Show. Lovelyz held their second solo concert, Lovelyz 2017 Summer Concert [Alwayz], at Olympic Park, Olympic Hall on July 29 and 30. The tickets for the concert were sold-out within five minutes of its release. On November 14, 2017, Lovelyz made their comeback with their third mini album, Fall in Lovelyz, with the title track "Twinkle". The group promoted the song on various South Korean music shows and received their first win for "Twinkle" on November 28 on The Show.

Credit: KPop Wikia - Fandom 2018–present: Heal and A Piece of Summer Lovelyz held their third solo concert, Lovelyz in Winterland 2, at the Blue Square Samsung Card Hall from February 2–4, 2018. They also held in Tokyo and Osaka on February 10 and February 12 respectively. On April 10, Woollim Entertainment announced that Lovelyz would release their fourth mini album titled Heal on April 23. The album consists of six tracks, including the lead single "That Day" composed by Sweetune. Lovelyz held their comeback showcase at Blue Square iMarket Hall on the same day as the album's release, and was broadcast live through the Naver app V-Live. Lovelyz earned their first music show win for "That Day" on SBS MTV's The Show on May 1. On June 21, Woollim Entertainment announced that Lovelyz would release their special digital single album titled A Piece of Summer on July 1. It was also announced that Jin will not take part in the promotions due to health issues. Philanthropy In August 2016, members of Lovelyz became anti-smoking ambassadors for the South Korean military, appointed by the Ministry of National Defense, as part of the "Anti-Smoking Soldiers Program" which was announced on May 31. In June 2018, Lovelyz collaborated with an Italian brand Metro City for the JTBC show Idol Job Diary Good Job and as part of the brand's "Show Me The Miracle" campaign, with a pop-up store being opened at Lotte World Mall on June 19. Proceeds from the store were donated to support children of multicultural families in South Korea. - Wikipedia Last Updated 15 June 2021